This week Microsoft finally released its top of the line version of the Office 365 productivity suite: Enterprise E5. The plan includes a number of separate Microsoft services announced throughout the past year. This includes, Skype for Business hosted calling, Customer Lockbox, Business intelligence software, advanced compliance features, and more, all of which are detailed in a blog post last July.

As with the release of other Office 365 plans in the past, however, preexisting tiers are expected to get a boost themselves. In the case of E5, the full roster of the Enterprise line will see a few new tools next month. 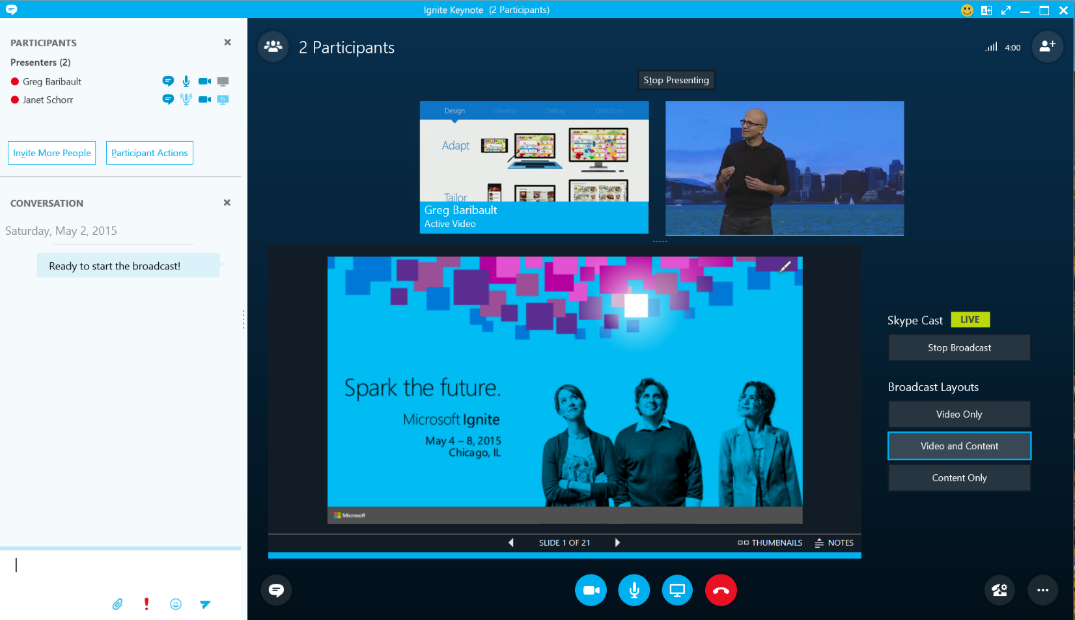 Perhaps most exciting of the new features, Enterprise plans will gain access to Skype Meeting Broadcast. This is a new webinar-like feature that will allow users to host their own live content online. These “channels” are viewable for up to 10,000 attendees at a time and are accessible through a unique link provided by the host. For example, a large, multi-branch company may want to host a monthly office hour session to address any staff questions. This feature would allow for this to occur.

Enterprise plans will also see the addition of the new Planner feature that Microsoft announced last month. This will add a dedicated project management application to Office 365, through which team members can assign tasks and track progress. The tool appears to be a more focused version of the Tasks function available in Office 365 email, with greater integration with the Office 365 platform as a whole. For example, team leaders may be able to assign a task to a user with all of the relevant contacts and files included right within the user interface. Office Planner has not been released yet, but is expected to be rolled out in early 2016.

Next up, Microsoft will also be enhancing the security and compliance features already present in the E3 plan by including Data Loss Prevention (DLP) for SharePoint, OneDrive and Skype, as well as new encryption features in Exchange.

What DLP for these Office 365 features means admins can set up specific policies to protect documents containing, or appearing to contain, sensitive information. For example, if a document has numbers arranged as “XXXX XXXX XXXX XXXX” Office 365 will recognize it as a credit card number and flag it as containing sensitive data. As a result, the document would not be shareable outside the organization. In Skype for Business this will function similarly how it does in Exchange, where information appearing like private data will not be able to be sent.

As for encryption, this will allow the sender of an email greater control over the level of access given to the recipient. A major component of this is message expiration, which will revoke access to a specific email after a set amount of time. Similarly, senders will also have the option to force expire a message to revoke access.

As of yet, it’s currently not known if any of these features will be extended to the lower, small business-focused tiers. The Planner application is possible, but Meeting Broadcast may be restricted to enterprise the way the new Video Portal service was.

Overall, while these features will provide new benefits to current subscribers, their addition serves to reinforce Microsoft's commitment to increasing the value of preexisting plans without a markup in price point.

Sign up for our blog and get all our latest posts sent directly to your inbox!